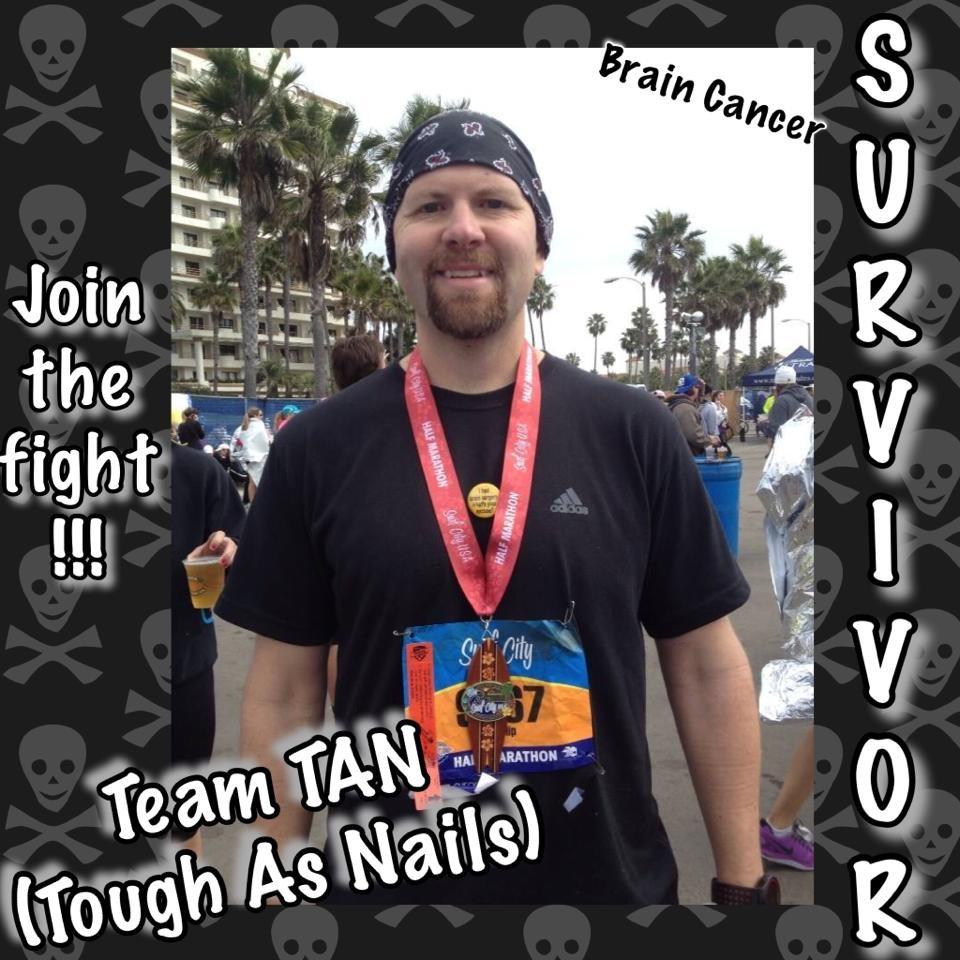 While I’m not currently fund-raising, you can still help in the fight against cancer. I’d like to share my friend, Phil Bacigalupi‘s story. He and his wife, Stacy Caron Bacigalupi were part of my Team in Training Hike team in 2010 when we went to Yosemite and hiked Half Dome. Shortly after, Phil was diagnosed with stage 3 brain cancer. He’s come so far since then; learned to walk again, completed 2 half marathons, relearned how to play the guitar, and formed Team Tan (Tough As Nails) to raise awareness, promote early detection, and find a cure! He has an amazing story and a gift for writing.

Phil and Stacy were so generous during my 10 week campaign for LLS, I’d like to help them raise lots of money to fight brain cancer! Would you give up your Starbucks for a day or pack your lunch and make a donation? There’s something in here about wearing a Taylor Swift outfit or something outrageous like that if he makes a certain goal. He’ll do it too! Let’s make sure he has to:) You can donate here: Team Tan

August 4, 2014
Blog Uncategorized No comments admin
← The aftermath… In her name…. →

This website is dedicated to the memory of my baby sister, Elizabeth; to honor her fight and her will to live; to say she was here and she mattered, and to do some small thing to help this not happen to another child, parent, or family. Liz took her Angel Wings on October 16, 2011, after a nearly 10-year battle with Hodgkin’s Lymphoma